page made by: Sissi Liu

Moments after the earthquake (taken from the Port Hills) 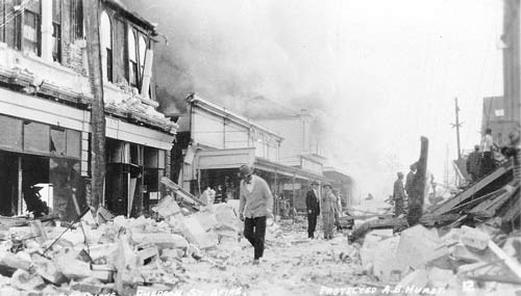 Napier after the 1931 earthquake

Earthquakes are part of life in New Zealand due to its geological setting. The 1931 Hawke’s Bay earthquake was the most destructive in the 20th century. A total of 256 people were killed, mainly in Napier and Hastings. After this tragedy, buildings have been designed so that they are good to stand still under that kind of earthquake.[3] 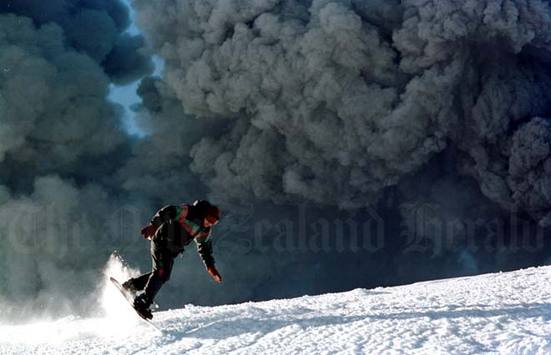 Snowboarding on a volcano

On Tuesday 22 February 2011 at 12.51 p.m. Christchurch was violently shaken by a magnitude 6.3 earthquake, which killed 185 people and injured several thousand. The earthquake epicentre was near Lyttelton, just 10 kilometres south-east of Christchurch’s central business district. The earthquake occurred more than five months after the 4 September 2010 earthquake, but is considered to be an aftershock of the earlier quake.

The earthquake occurred when many people were having lunch on the city streets.  The Canterbury Television and Pyne Gould Corporation buildings collapsed which causing more than 110 fatalities. Falling bricks and masonry on Manchester Street and Cashel Mall killed 11 people, and crumbling walls killed six people in two crushed city buses. Rock cliffs behind houses collapsed in the Sumner and Redcliffs area, and boulders fell from the Port Hills summits, with five people killed by those boulders.

The previous earthquake at September 2010 brought down many buildings. Many heritage buildings were heavily damaged. For example, the Provincial Council Chambers, Lyttelton’s Timeball Station, and both the Anglican Christchurch Cathedral and the Catholic Cathedral of the Blessed Sacrament. Among the modern buildings damaged, and eventually demolished, was Christchurch’s tallest building (showed in following pictures), the Hotel Grand Chancellor. Over half of the buildings in the central business district were demolished.[1][4] 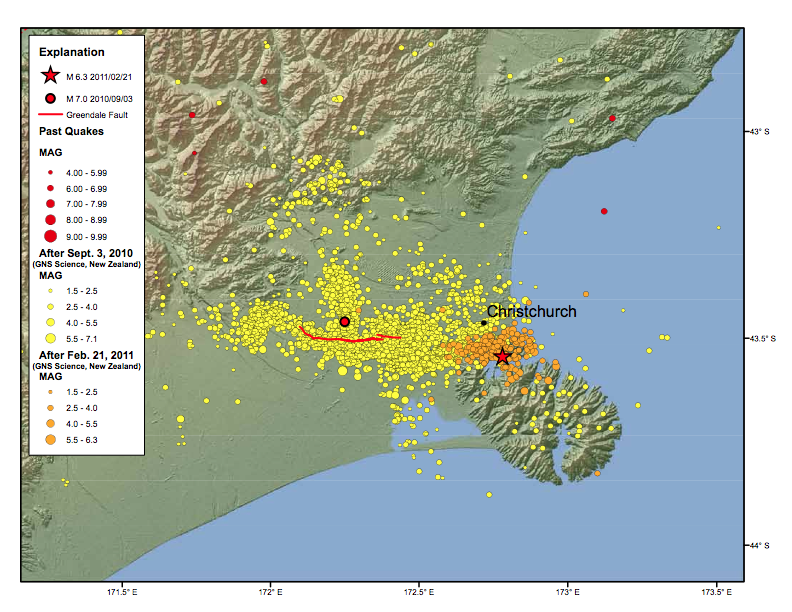 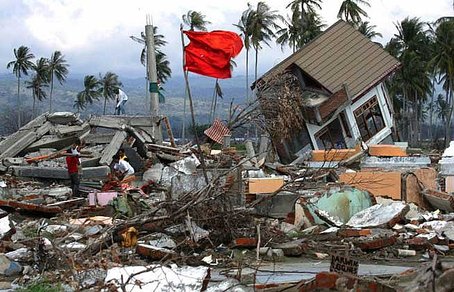 The tragedy was from an undersea megathrust earthquake that occurred at 00:58:53 UTC on Sunday, 26 December 2004, with an epicentre off the west coast of Sumatra, which is part of Indo-Australian plate. The quake itself is known by the scientific community as the "Sumatra–Andaman earthquake".

The earthquake was caused when the Indian Plate was subducted by the Burma Plate and triggered a series of destructive tsunamis along the coasts. There are 230,000 + people died from this undersea megathrust earthquake. It was one of the deadliest natural disasters in recorded history with a magnitude of Mw 9.1–9.3, it is the third largest earthquake ever recorded on a seismograph. The earthquake had the longest duration of faulting movement ever observed. The earthquake caused the entire planet to vibrate as much as 1 centimetre (0.4 inches) and triggered other earthquakes as far away as Alaska.[2][5]