Page made by: Jinn Guo 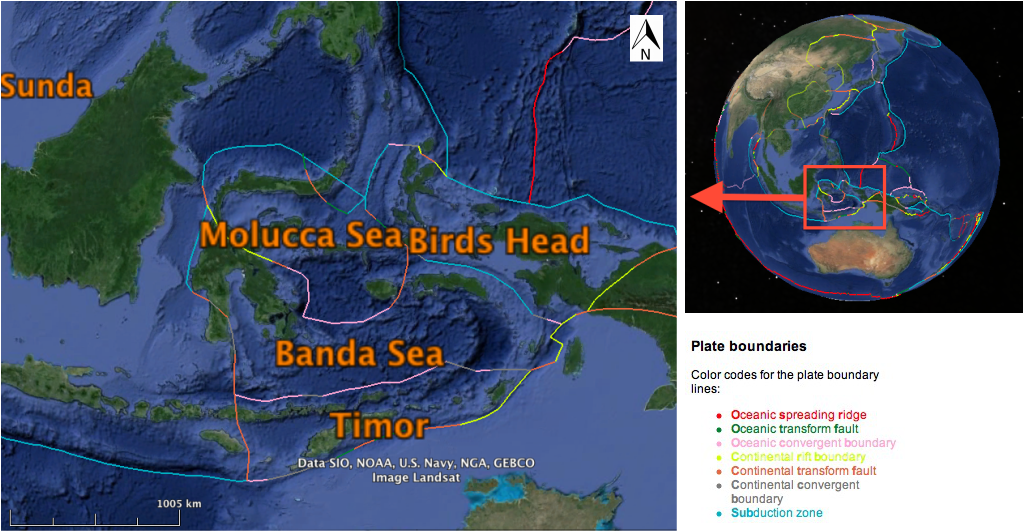 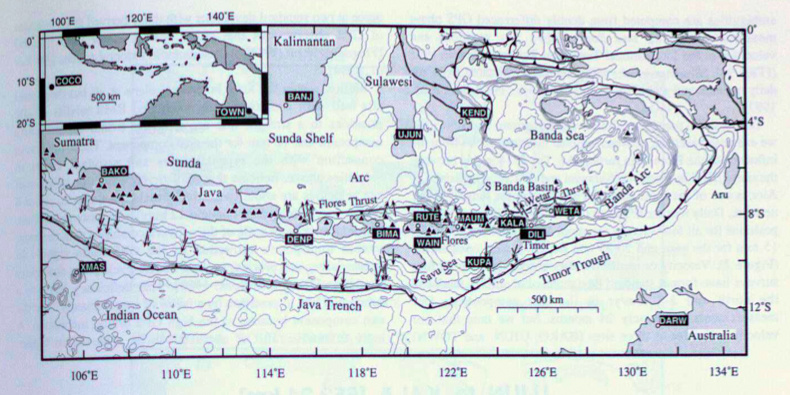 Fig 4. Eastern Indonesian island arc region. Bold lines represent major faults; teeth on the faults refer to the motion of thrust faults. Arrows are earthquake slip vectors pointing in moving direction of hanging wall relative to footwall. Triangles denote volcanoes. (Modified from Genrich et al., 1996)
Banda Arc is generally considered to have two parts: the "inner volcanic arc" and the "outer non-volcanic arc". The inner arc consists of a string of islands from Java to the west of Timor. This young arc only started to form from Miocene and is still active today. The volcanoes are mainly formed on oceanic crust. The older outer arc starts from Savu island (located at the west tip of Timor) to Wetar, at which point the arc starts to bend northward and extend to the southern boundary of MS. The bending feature of Banda Arc is formed due to the collision of Australian continental plate with Banda Arc. Australian continental plate is thick (35~40km) but not dense, which prevent it from subducting to greated depth under the arc but to push the arc to bend northward. The bended outer arc thus is not volcanic anymore because subduction zone underneath has been blocked.  (Genrich et al., 1996) 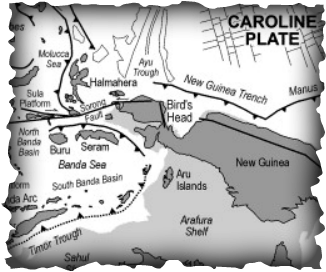 Fig 7. Geographic and tectonic features of Bird's Head area. (Source: Hall, 2002)
Birds Head Plate (BH) incorporates the western end of the island of New Guinea. It is subducting towards the Sunda Plate at a velocity very similar to Caroline Plate, North Bismarck Plate, and eventually the Pacific Plate. However whether BH is connected to Pacific Plate is still in doubt (Bird, 2003).

There is a series of volcanoes that lines the northwest end of BH. They are formed as the result of the collision of BH and MS, as previously discussed in the MS section (Fig.8).