PAGE MADE BY: KELsey lamothe 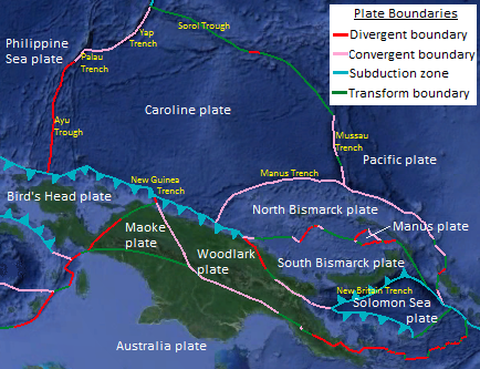 The North Bismarck, Manus, and South Bismarck microplates are overlain by the Bismarck Archipelago and Bismarck Sea. The Bismarck Archipelago, which formed from an oceanic volcanic arc, is a crescent-shaped array of islands including New Britain Island, New Ireland, New Hanover, and Manus Island, among many others. The Archipelago is made up of Eocene to Oligocene aged volcanic rocks containing diorite to granodiorite intrusions, with some areas partly covered by Miocene limestones and Pliocene to Quaternary sediments. Some volcanoes within the Archipelago are still active (Davies, 2012).

The Caroline plate is located to the northwest of the Bismarck region, and is virtually entirely covered by Pacific Ocean. Both the Caroline plate and the North Bismarck plate were considered part of the Pacific plate in many past plate models, but subsequent studies of seafloor morphology and geophysical characteristics have shown them to be separate plates (Weissel and Anderson, 1978). 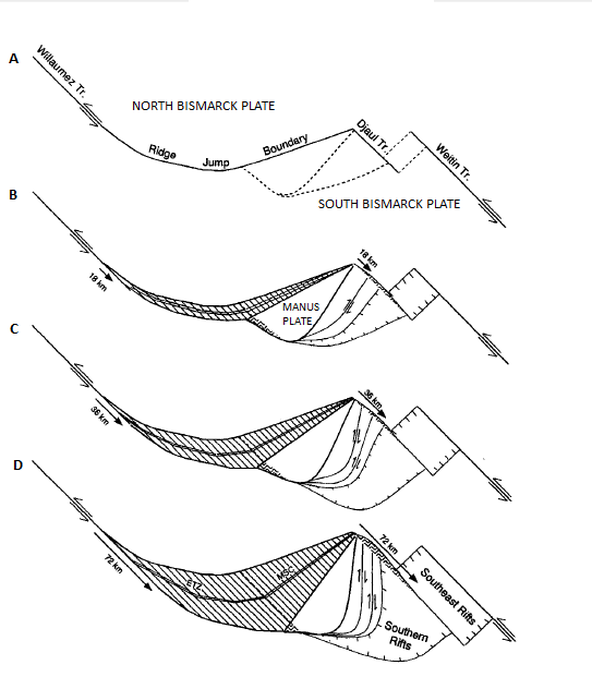 Figure 2. The formation of the Manus plate, modified from Martinez and Taylor, 1995.
Manus plate

Hegarty, K. A. and J. K. Weissel, 1988. Complexities in the development of the Caroline plate region, Western Equatorial Pacific in The Ocean Basin and Margins, New York, Springer, pp. 277-301.

Waring, G. A., 1965. Thermal Springs of the United States and Other Countries of the World- A Summary. Geological Survey Professional Paper 492.