PAGE MADE BY: ARATRIKA GANGULY
The Southwest Pacific region is comprised of the Australian plate, and eighteen other plates and microplates, which are located to the north and east of Australia. The Australian plate is the largest plate, and one of the oldest on the Earth’s surface. It is mainly occupied by the country of Australia, the Indian Ocean, and a part of the Pacific ocean.

The majority of plates in the Southwest Pacific region appear to be moving in a northerly direction. The plates in this region move with a variety of speeds, ranging from 5mm/yr to 125mm/yr. The Tonga plate is a highly seismically active region, which experiences subduction at a rate of 240mm/yr.

Some of the plates in this region have an unusual formation history, such as the Niuafo’ou plate, which recently broke off from the Tonga plate, which in turn used to be joined to the Kermadec plate. Some plates have also been predicted to have unusual projections, such as the Solomon Sea plate, which is being subducted along two out of its three boundaries, and is expected to disappear eventually. New Zealand lies on top of more than one plate, and because of their varying plate motions, it is experiencing torque. 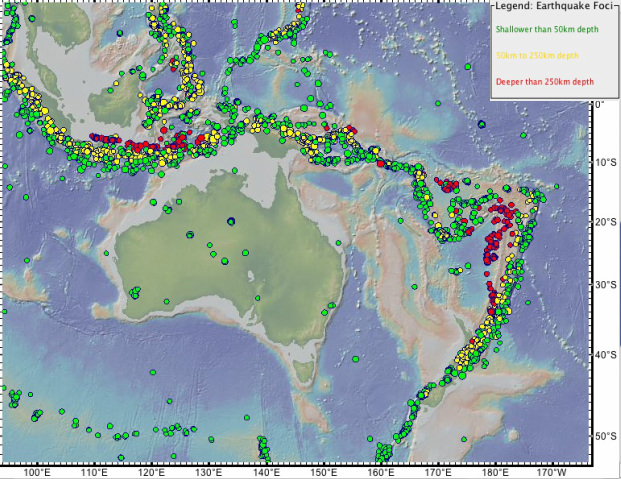 Figure 1: Earthquake locations and depth. Adapted from: GeoMapApp
Due to the presence of such a large number of convergent or divergent boundaries, many of the smaller plates in the region are prone to hazards such as earthquakes and tsunamis. The majority of earthquakes are shallower than 250km, with a fair number of deeper earthquakes near the Tonga plate and the Banda Sea plate, as can be seen in the figure above.

However, due to the large amount of tectonics energy, the islands of the Southwest Pacific have a lot of hydrothermal energy available for harnessing. Geothermal energy is a small, but significant part of New Zealand’s energy generation. However, in Australia, geothermal energy is not as significant, which may be because the Australian plate boundaries are not within the boundaries of the country, so there is not a lot of tectonic activity within Australia. Other than hydrothermal resources, the Southwest Pacific region also has a lot of ore deposits, such as copper, along with some coal, oil, bauxite, and iron deposits mainly in Australia.
Powered by